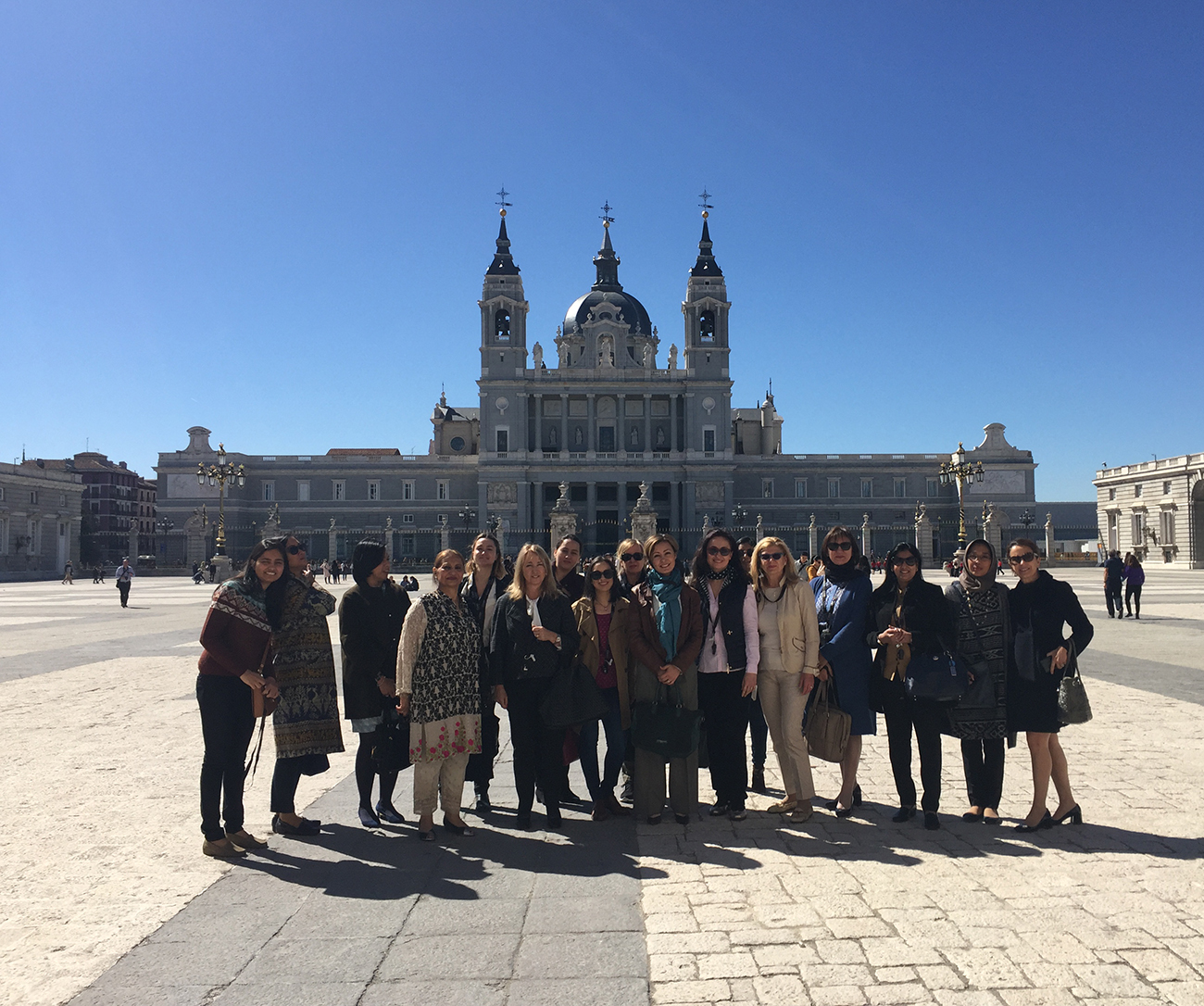 04 Apr VISIT TO THE ROYAL PALACE AND ROYAL ARMOURY

On the 4th of April, AIDE members witnessed an interesting guided tour of the Royal Palace in Madrid. 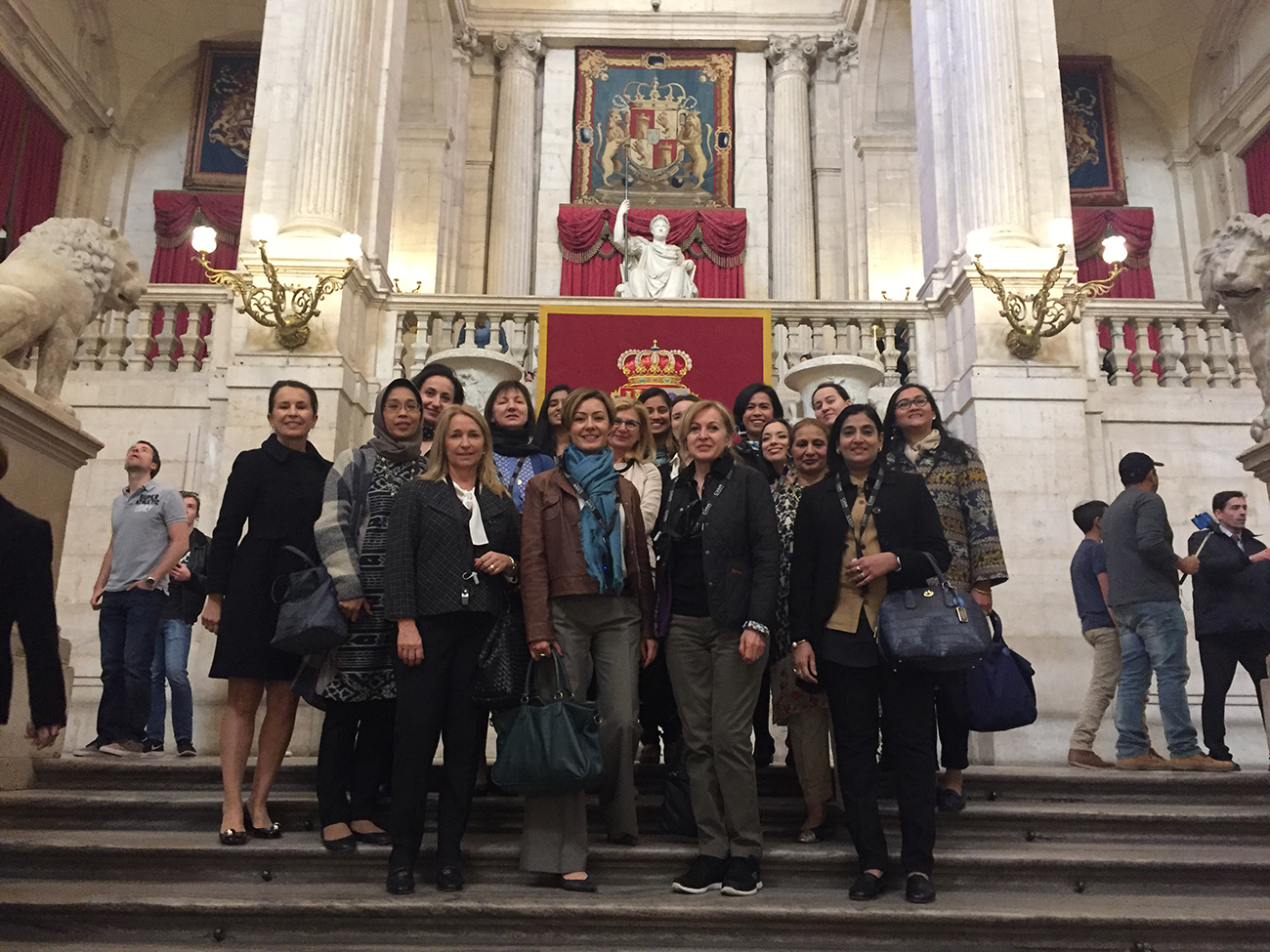 Home to the Kings of Spain from Charles III to Alfonso XIII, Madrid’s Royal Palace took us on a journey through the history of Spain. The palace, inspired by sketches made by Bernini for the construction of the Louvre in Paris, is built in the form of a square and looks out over a large courtyard with galleries and a parade ground. The decoration of the palace’s rooms and their layout has gradually changed over the years as the building has been adapted to suit the needs of its residents.

It comprises over 3000 rooms, including: the Main Staircase, designed by Sabatini with over 70 steps; the Throne Hall featuring a ceiling painted by Tiepolo; the Hall of Halberdiers, which Charles III turned into the Guards Room; the Gasparini Room, with its grand 18th century decoration on a floral theme; the Royal Chemist’s with natural medicine cabinets, ceramic pots made by the La Granja factory, and even prescriptions given to members of the royal family; and the Royal Chapel, which is home to a collection of string instruments made by the legendary Antonio Stradivari. 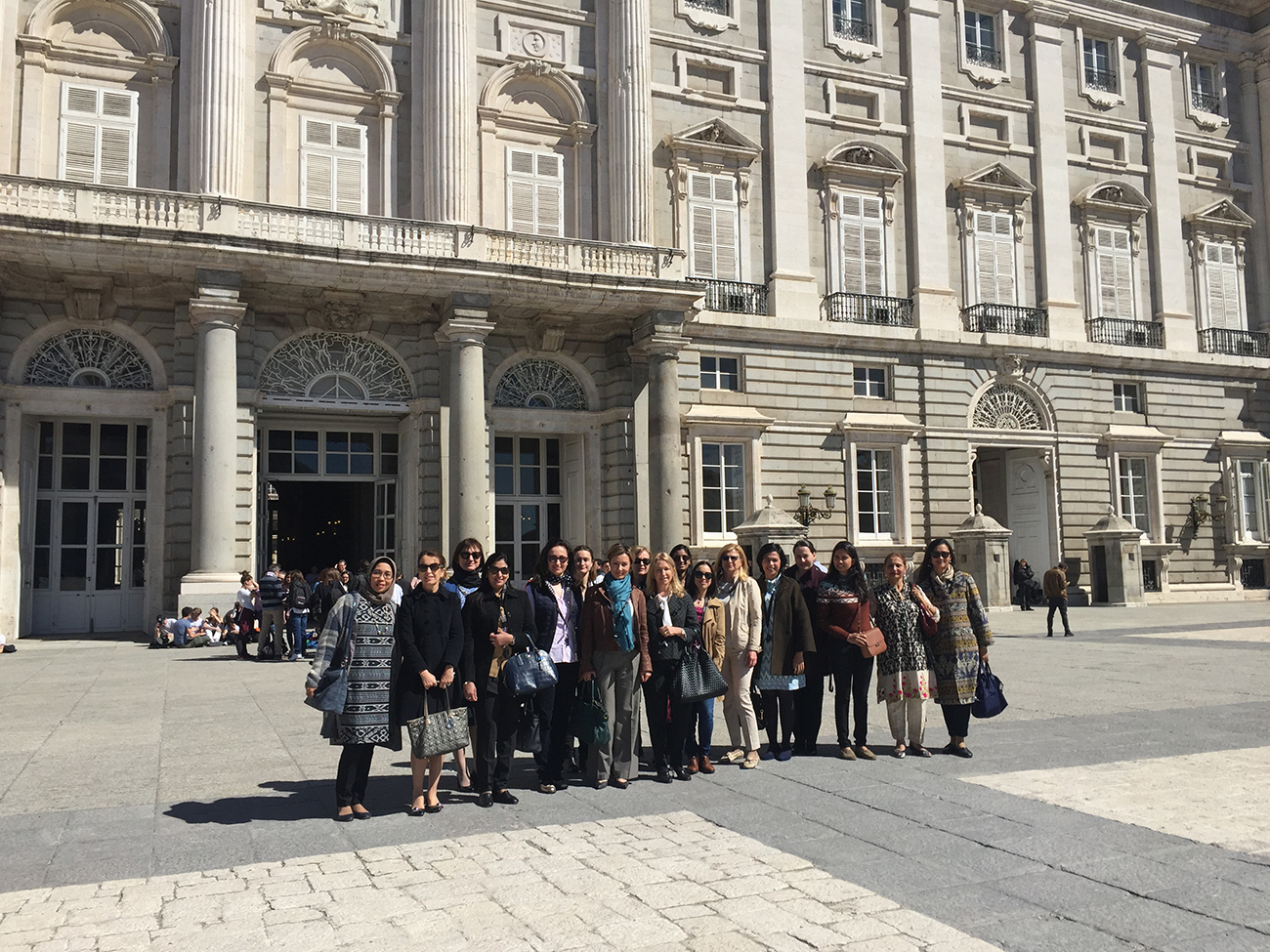 The members were also taken on a tour of The Royal Armoury, one of the most significant collections of its kind, housing weapons and armour worn by the kings of Spain and other members of the royal family since the 13th century.

AIDE members, though tired after good two hours of the guided tour, thoroughly enjoyed the visit!