One of AIDE’s important functions is to contribute to Spanish society by raising  funds for Spanish charities.

Over the years our members have used their talents and energy to organise gala dinners, musical events, special charity sales and many other events in partnership with generous local and international sponsors.  The Kermés, or Embassies’ Charity Bazaar, is our largest fundraising and cultural event.

To request support from AIDE, organizations may submit a request to info@aide-madrid.org

AIDE board members had the great opportunity of joining Her Majesty Queen Sofia to observe the Dog therapy session organised for our friends at Alzheimer Centre. Dog therapy is used to alleviate the agitation and desocialization of people with Alzheimer’s disease.

Watching our friends at the centre enthusiastically participate in the session was a great learning experience for each one of us at the board. Like the Reina Sofia foundation, AIDE is strongly dedicated in helping people with Alzheimer. Our mere presence at the session was a good enough reason for sparkling smiles on many faces.

We hope that we bring more such smiles!

VISIT TO THE ALZHEIMER CENTRE OF REINA SOFÍA FOUNDATION

Our expected visit to Alzheimer Centre of Reina Sofía Foundation took place on the 18th of October 2016. With the proceeds of the Diplomatic Bazaar 2016, a special vehicle was donated for the transportation of Alzheimer patients.

Her Majesty Queen Sofia attended the delivery ceremony of the vehicle together with the President of AIDE, the Board of Directors and some members. During our visit, we had the privilege of attending the presentation of Prof. Dr. Miguel Medina on ‘The Vallecas Project: diagnose the Alzheimer disease in its first stage’ and visit the Alzheimer Centre guided by the experts who work in the research of the disease. 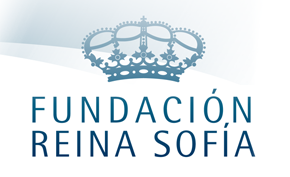 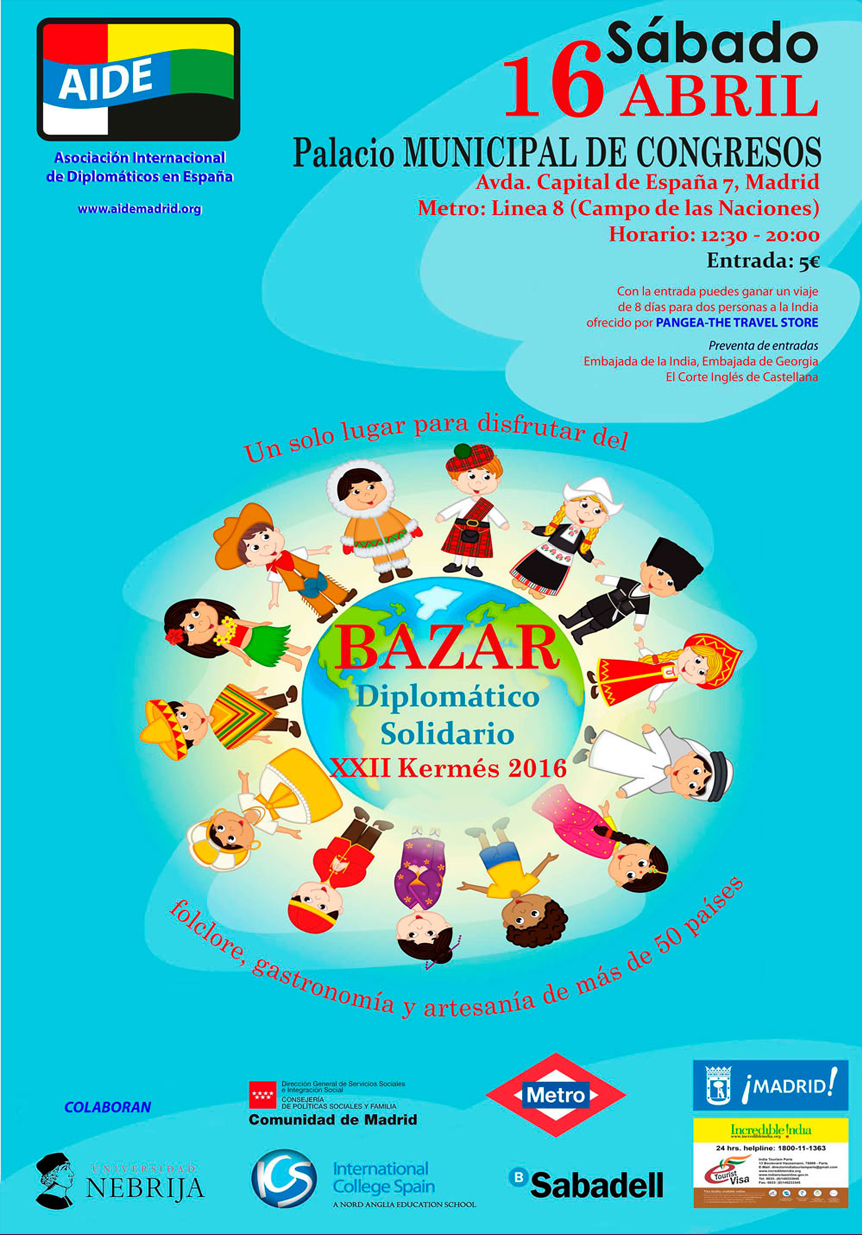 On 16 April 2016, AIDE organised ‘The 22nd International Diplomatic Bazaar’ at the Palacio Municipal de Congresos, with the participation of over 50 Embassies, 100 collaborators and 3500 visitors. We are grateful to all for their support and would like to thank once again for enabling this event reach its goals.

The emblematic event “Diplomatic Cultural Show” organized by the International Association of Diplomats in Spain (AIDE) and held last April 27 at the Hotel Intercontinental, offered a cultural evening that included a fashion show featuring folk costumes modeled by the Ambassadors’ and diplomats’s wives/husbands, a short concert of traditional music from our countries and a tasting of typical dishes from more than thirty countries.

As is customary in our major events, once again we had the privilege of counting with the presence of Her Majesty Queen Sofia, our Honorary President.

The main charitable purpose was to raise funds for the acquisition of a refrigeration storage unit for the Alcalá de Henares Food Bank, a donation made through the Queen Sofia Foundation.

On September 19, 2014, part of the 2013/2014 Board Members visited Fundación Bobath, along with the Director of Queen Sofia Foundation. Once again we had the opportunity to get closer to the foundation to which we donated the necessary money for the purchase of the school bus, with the proceeds of our last Diplomatic Bazaar the past 26th April 2014.

Currently, the Foundation consists of the following areas of focus:

4. A Training Center in the Bobath Concept, aimed at professionals.

5. A Research Center on the Bobath Concept.

6. The Bobath Centre, every day, 191 infants, children, youth and adults are served by 80 professionals. 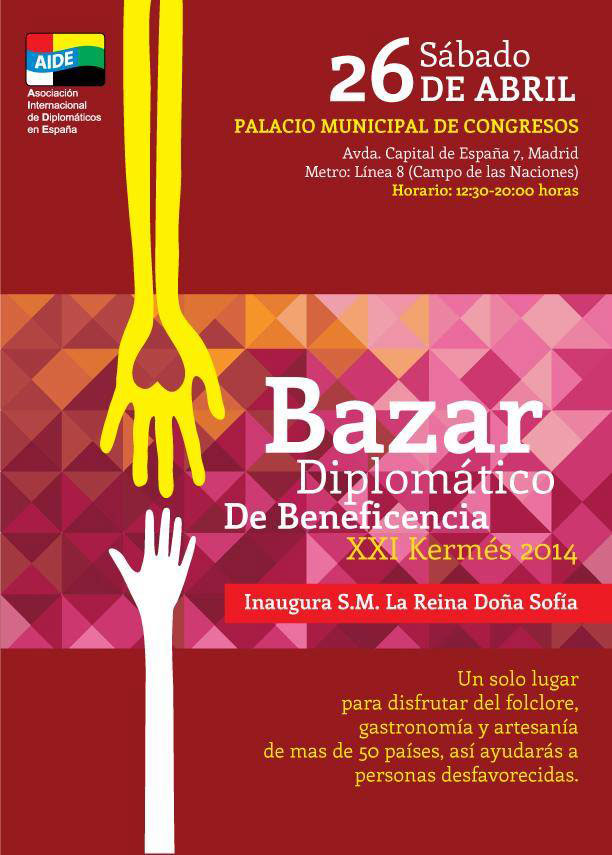 THE AUDIENCE WITH HER MAJESTY QUEEN SOFIA

On the 14th of November 2013, Her Majesty Queen Sofia received both the current (2013/2014) and previous year’s (2012/2013) AIDE Board Members, to show her appreciation for the support that our association gives to the Queen Sofia Foundation year after year, and especially for the donation collected from the proceeds of the Charity Dinner organized last April. We used this opportunity to offer Her Majesty Queen Sofia the first commemorative anniversary tray, on the eve of our 30th anniversary.

H.M. Queen Sofia also promised to attend the inauguration of our next Diplomatic Bazaar, and expressed her satisfaction for our organization of the event once again at the Palacio Municipal de Congresos.

We are expecting for confirmation from H.M. Secretariat to one of the dates proposed for the organization of our event. 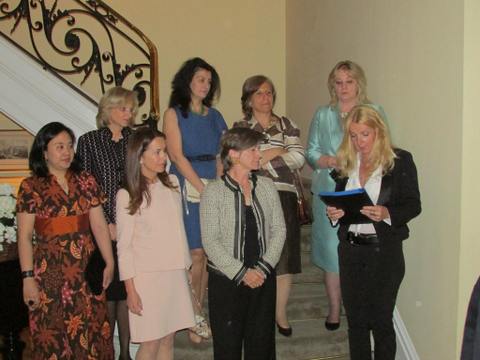 On the 22nd of May 2013, in the residence of the Ambassador of the Kingdom of Belgium, the president of AIDE gave cheks with this year’s donations to charity.

It was a joyful moment and the representatives of these charities have expressed their gratitude to all the members of AIDE.  This year, Queen Sofia Foundation received 18,000 euros and ‘Alternativa en Marcha’ received 10,000 euros. 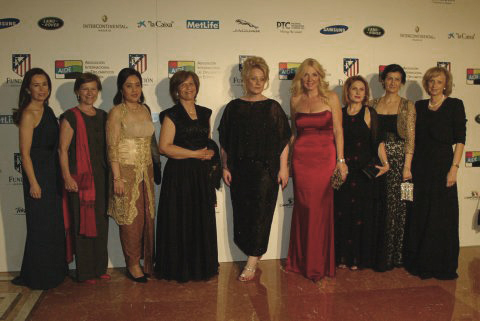 Please receive our deepest thanks and appreciation for supporting the Gala Dinner 2013.

Without your assistance and your help with the generous donations it would have not been possible to complete the project of this year.  The final account will be ready in a few days and a final balance will be presented in the next and last newsletter.  It was a successful event from the financial point of view (considering the type of event).  The funds will be donated to Queen Sofia Foundation and to ‘Alternativa en Marcha’.

The Board of AIDE 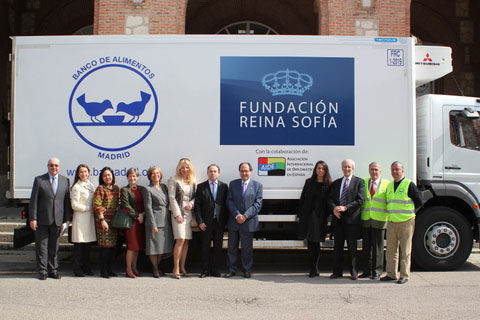 One of the AIDE donations with the funds raised after the Diplomatic Bazaar 2012 went to the Queen Sofia Foundation for the Food Bank: a special truck for the use of the Food Bank.

The ceremony took place last March 21th and were present Don Javier Espinosa Martínez, President, Don Francisco García González, Vice-President, Don Ignacio Temes, Head of Sponsorship and Team Communication: Mrs. Pilar Saura, Communications Director, Mrs. Vinegar and Mrs. Gema Escrivá; Representatives of the Queen Sofia Foundation: Don Arturo Coello Villanueva, Secretary General; Representatives of AIDE.  After a photo session with AIDE donation, we made a visit to the Food Bank both in offices and store and we saw a presentation of the work of the Food Bank. At the end of the tour the president of AIDE signed the book of honor. 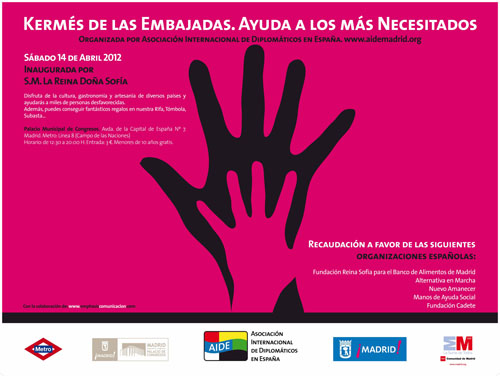 One of AIDE’s most important activities is fundraising to help Spanish charities. The Diplomatic Bazaar is organized every one or two years, entirely with volunteers. Each year, the Board of AIDE selects the organizations it wants to support. The generous donations in services and prizes for the raffle and auction donated by national and international companies contribute to the success of the event.

The Diplomatic Bazaar 2012 was held on Saturday April 14. The opening ceremony was attended by H.R.H. Doña Elena, Infanta of Spain and the Exmo. Mr. Gonzalo de Benito Secades, Secretary of State of the Ministry of Foreign Affairs of Spain. 55 embassies participated in the organization of the event and had more than 3,500 visitors with a program that included a cultural show, tasting and sale of gastronomic specialties from different countries. A “tómbola” with hundreds of prizes, raffle and an auction that included trips to different countries.

The priority of the Diplomatic Bazaar 2012 was fundraising to help women and children in need.

– Food Bank of Madrid, for the purchase of a freezer-truck.

“Alternativa en Marcha”, a shelter for women who are pregnant or have children.

THE AUDIENCE WITH HER MAJESTY QUEEN SOFIA 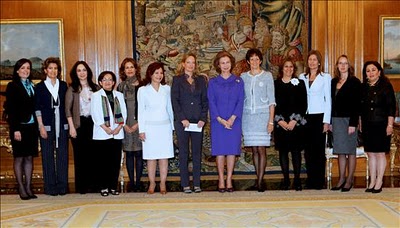 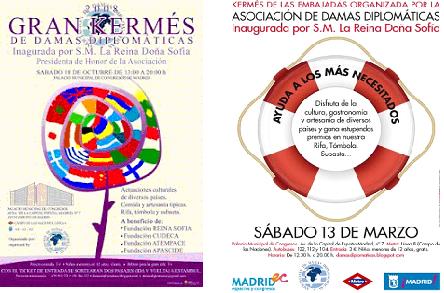 Here are some of the organizations which AIDE has supported in recent years:

To request support from AIDE, organizations may submit an email to info@aide-madrid.org

We look forward to hearing from you!