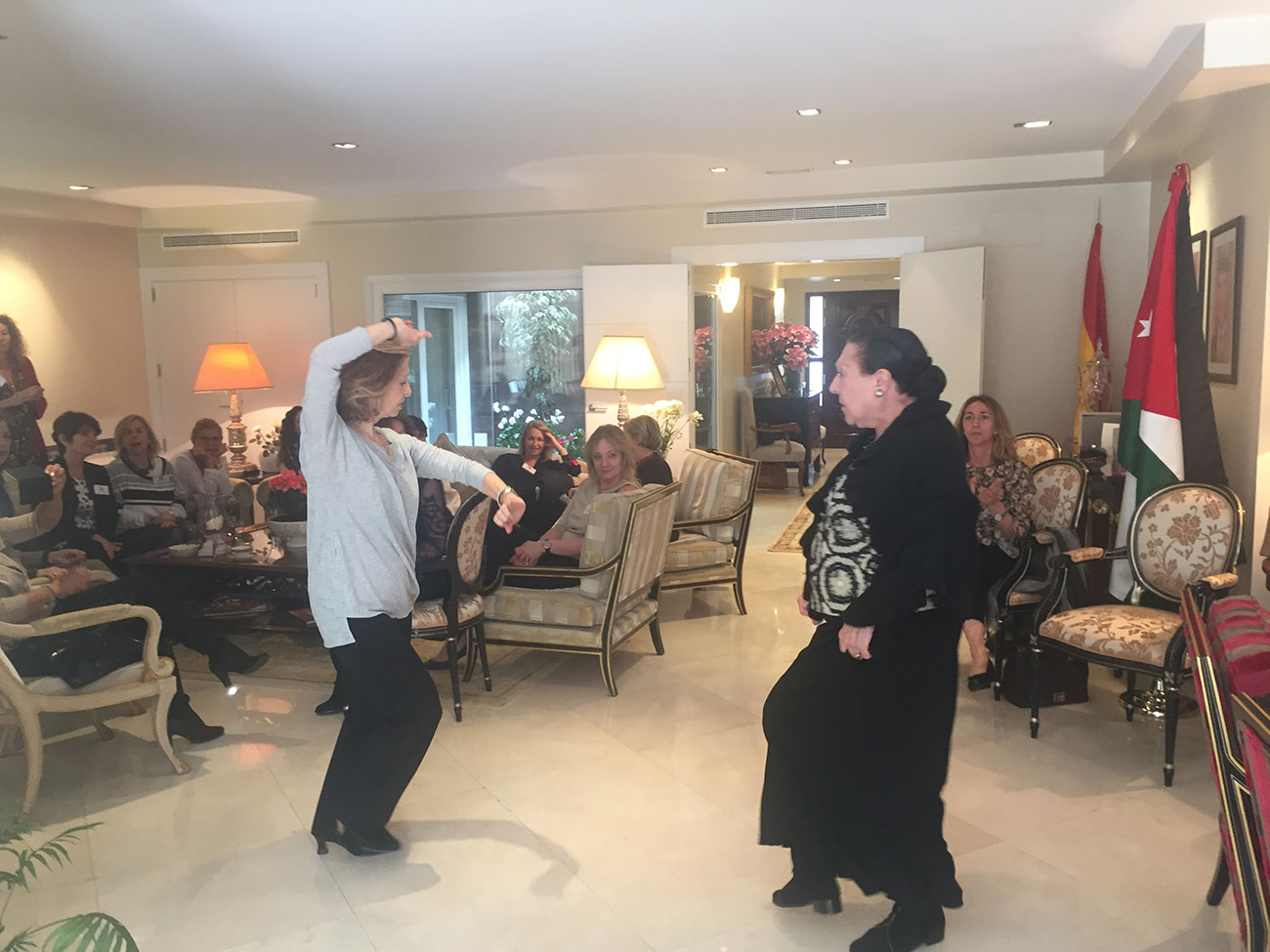 AIDE’s April 2017 monthly meeting was hosted at the residence of the Jordanian Embassy by H.E. Mrs Muna Majali. Our hostess had organised a beautiful performance of traditional Spanish music with castanets by the singer and dancer Isabel de la Vega.

The March monthly meeting for AIDE was held at the United Nations World Tourism Organization headquarters. As H.E. Taleb Rifai, UNWTO Secretary-General rightly pointed out, the infectious energy of AIDE members was hard to miss on that day. 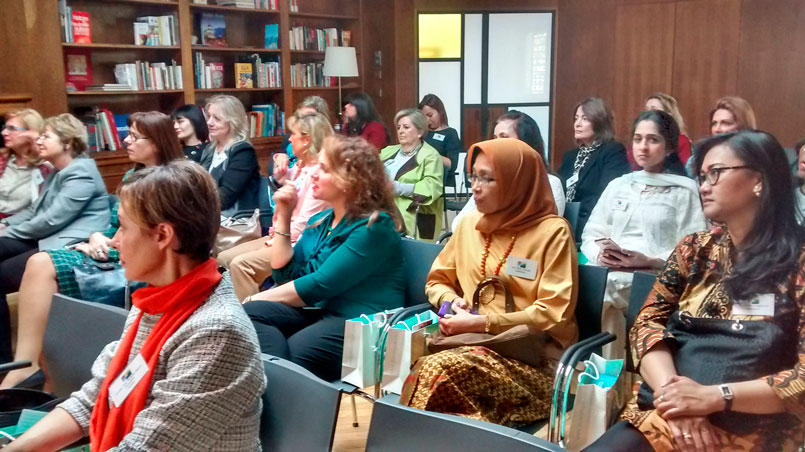 The February monthly meeting was held at the residence of the Swiss Ambassador H.E. Mr. Thomas Kolly. 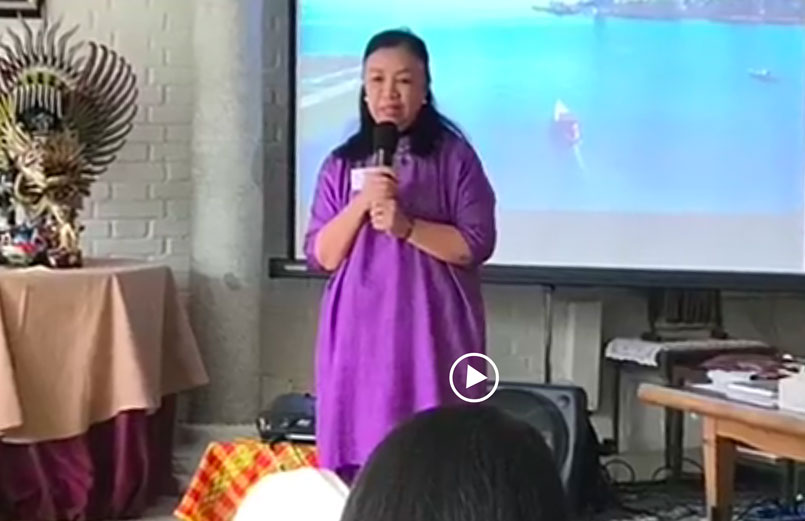 Her Excellency Mrs Yuli Mumpuni Widarso, Ambassador of Indonesia to the Kingdom of Spain and the Indonesian Embassy team,  organized the fourth AIDE monthly meeting on 31st January 2017. 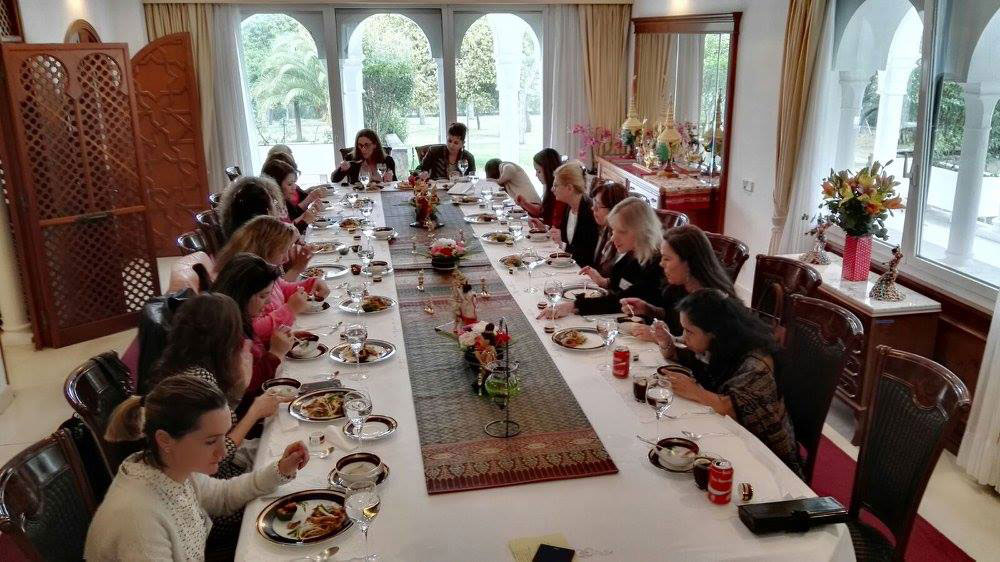 Her Excellency Mrs Rattikul Chansuriya, Ambassador of the Kingdom of Thailand to the Kingdom of Spain, was our hostess for the third monthly meeting and she prepared a wonderful Thai cooking demonstration followed by a delicious Thai buffet lunch for the participants. 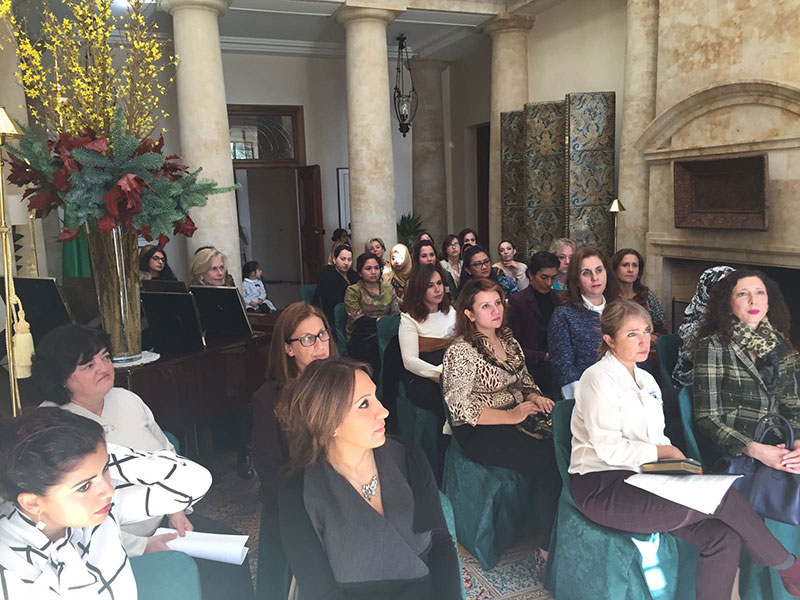 Her Royal Highness the Princess Rola Al-Ghrair, Vice-President of AIDE, was our hostess for the second monthly meeting on 10th November 2016 and she organized a presentation on 'Women Entrepreneurship in Saudi Arabia' given by Ms Lubna Al-Ghrair.

The International Association of Diplomats in Spain organized the first monthly meeting on October 5th in the headquarters of United Nations World Tourism Organization (UNWTO) in Madrid thanks to the efforts of Mrs Nisrine Rifai.